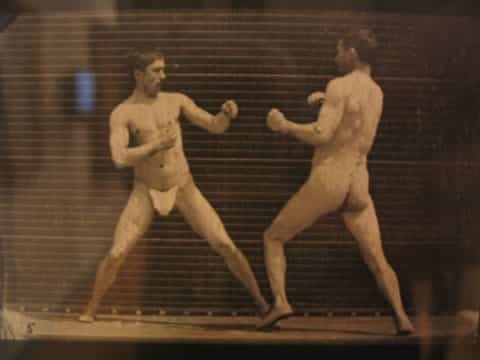 So I was all prepared to get into a fist fight with ukulele superstar Jake Shimabukuro. You see, I came across an online video and article with the headline:

–My dander was almost up.

–My goat was nearly gotten.

–My fly was was very close to off the handle.

Because I KNOW how to speak English, and, while the word is Hawaiian in origin, ukulele is now (also) an English word.

I am speaking English, and I am using the English words for the things that also exist in other languages.

Because, as the kids say–Duh–we have different words for the same things in different languages.

So that headline had me ready to fight.

After exercising and limbering up my clicking finger, I clicked to start the video.

And what a let down.

First of all, that's NOT what the video was about. Nine-tenths of it is Jake playing a song on the ukulele. Only the first tenth is him answering the question about how to pronounce the word.

And, damn his eyes, he doesn't come out swinging, a guy with a chip on his shoulder, shouting about cultural appropriation…

And that, my friends, is the right answer.

When in Hawaii, or if you're Hawaiian, say it the way they do in Hawaii. If you're not, or you're not, you don't have to. In fact, you might avoid sounding pretentious, like a show-off in cheese shop ordering “how-da” instead of “goo-da” if you don't.

***
You can learn to “pronounce” the trickiest chords–E, Eb, and D–in video mini-course, “Defeat the E.” I’m in the underground bunker finishing up the videos right now, so the grand opening will be soon! More info here.

To save yourself $900 and hour, just stick to an inexpensive hobby, like playing the ukulele — here are some other choices, too.

As I said, I’m no expert, but I know that low heat and gentle shaking, just like child care, makes for great popcorn.

As the number of uke players skyrockets, we are faced with ever more difficulty in finding space to accommodate us all.

When naming your ukulele business, never trust a computer…